Empowering workers to better their workplaces.

People form unions because they want to make positive changes in their workplace. A union is a nonprofit employee organization—protected by law—that helps workers speak up in a unified voice for workplace improvements. By forming a union, employees can come together to bargain a legally-binding contract that ensures workers are treated fairly and that they have the tools they need to thrive—like a living wage, secure benefits, and a voice at the decision-making table

By working together, staff are able to negotiate higher wages and ensure that all employees are being paid fairly.

A Voice on the Job

Staff who form unions are given a seat at the table so that their perspectives help drive workplace decisions.

Through their unions, staff can craft sensible pathways to promotion and can also secure funding for professional development.

Issues That Are Important to You

Each workplace’s priorities are different. Our members have bargained for mechanisms to strengthen diversity and inclusion, subsidized transportation, student debt repayment, and more.

Local 9 is a labor Union for white collar workers. It is dedicated to improving the work life of its members and the community.

How to Form a Union

People form unions because they want to make positive changes and gain protections in their workplace. Although work settings and issues vary, you can count on these 5 basic steps to create a union where you work. Remember that every step of the way, your right to form a union is protected under US law. Are you ready to get started?

Approach trusted colleagues to talk about what a union might look like in your workplace, and gather information about recurring issues. Local 9 can help provide the resources you’ll need, so reach out to us for guidance throughout the process.

The organizing committee will educate colleagues about what forming a union means,  motivate coworkers to take action with confidence, identify common workplace issues, and help plan how to build a union in your workplace. 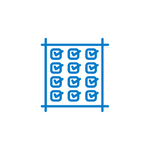 It’s time to talk more openly with other coworkers. Work with your organizer to build a plan to win over a super-majority of your coworkers. This is the time to make sure your coworkers have all of their questions answered, because next you’re going to ask them to take action! 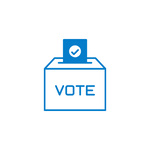 When you can show a strong majority of support, usually through the signing of “authorization cards” or a petition, the next step is to make your union official. There are a number of ways to do this, and you and your colleagues can decide which method is best for your workplace. 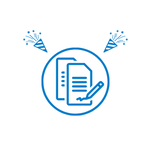 It’s time to bargain a strong contract. Your staff union will elect a negotiating team and decide what changes and improvements you want to see. The final agreement will be ratified by union members before it’s put into place. You can count on Local 9 staff to provide support every step of the way.

A union is a group of workers who come together to bargain over important aspects of their employment like wages, benefits, and other working conditions. Unions allow staff to meet with management on a level playing field in order to make their workplace more fair and transparent. The right for unions to bargain is protected by US law, and employees who are in the process of forming a union are too. ​

HOW DO I JOIN OR FORM A UNION?

If a large majority of co-workers show support by signing cards (or a petition), a request can be made to the National Labor Relations Board to conduct a secret ballot election. The election will officially determine whether or not a majority (50% plus one of those who vote) wants to have a union. Once the election is won, the law requires your employer to recognize your union and negotiate in good faith.

WHAT GOES INTO A UNION CONTRACT?

Bargaining unit members will work together with management to create a contract, or a collective bargaining agreement, that makes sense for their workplace. Alongside wages and benefits, our members have codified policies around diversity and inclusion, staff well-being, and professional development opportunities.

WHO RUNS THE UNION?

You do—unions consist solely of the eligible employees in your workplace. Once you’ve formed a union, bargaining unit members will elect employees who will work with management to resolve issues, propose workplace changes, and collaborate on other workplace issues. Unions are truly democracy at work.

WHAT ARE MY LEGAL RIGHTS?

The National Labor Relations Act (NLRA) gives employees the legal right to form a union and protects them from retaliation. You also have the right to talk about the union at work when other non-work related talk is allowed or during non-work times such as breaks, meal times, or before or after work. It is against the law for your employer to ask you about your union activity or to threaten, harass, fire, discipline or discriminate against you because of union activity. When workers organize with OPEIU they can depend on support and back up if needed.

HOW WILL MY EMPLOYER REACT?

Most employers, even good ones, feel threatened when they find out employees want to share some power. Most will try to convince you not to form a union by using a variety of tactics designed to create doubt. However, we know that workplaces are actually stronger and more effective with a union. When staff are given respect at work, a living wage, and clear pathways to career advancement, they’re able to focus their energy on their work and are less likely to leave for other opportunities.

HOW MUCH ARE DUES?

The members at each OPEIU Local Union or Guild decide on a dues rate for their organization. New members don’t pay any dues until your contract is voted on and approved by you. That way you can see the results first before paying any dues. Newly organized members also never pay any initiation fees, which also vary in amount by Local.

HOW ARE DUES SPENT?

OPEIU is a nonprofit organization that operates almost solely from member dues. Dues are used to: Negotiate strong contracts, defend members and enforce contract rights, organize new members to improve bargaining strength in existing workplaces and to improve standards in a particular industry, train and support union activists, push for laws to protect and expand workers’ rights on the job, keep members informed through newsletters, union publications and the website, and provide educational opportunities for union members.​

Many people think that strikes happen frequently when you are in a union, and there are misconceptions about how strikes get started in the first place. In reality, strikes are rare. OPEIU settles over 99% of its contracts without ever going on strike. Plus, there could only be a strike where you work if the vast majority of you and your colleagues voted to do so. ​

How can I get started?

If you’re interested in forming a union, reach out to us to learn more about the process. Local 9 can provide the resources you’ll need to lay the foundation to build a strong union, and they have experience to help you draft a plan that makes sense for you and your coworkers.